Bottled Passion: I rate this series 4 out of 5 because at the beginning it was kinda boring  and it left an open ended ending but the scene of Raymond Wong Revenging is really good. 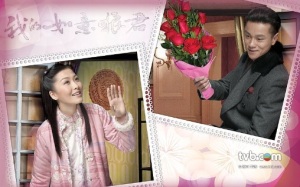 L’Escargot: I would rate this series 3 out of 5 because Michael Miu and Sonija’s family conversation is really boring, the script could have been better. I really struggled watching this series. The characters in this series are illogical. The thing that kept me watching this series was I was curious about how Linda’s love affair is going to be solved.. At the end it didn’t convince me that Ron love JJ Jia.

Wish and Switch: I would rate this seris 3.5 out of 5. I thought this series was pretty entertaining although silly at times but I didn’t like the last 5 episodes of it where Johnson Lee turns evil. The last 5 episode was as if it was written by someone else. 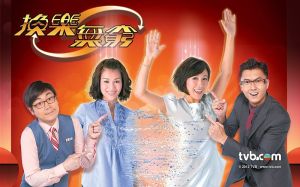 Queens of Diamonds and Hearts: I would rate this series 4 out of 5. This series was okay. I like the storyline but I thought the switching thing was overused but this series has a lot of meaning to it. It teachers you do not judge the book by its cover.

The Hippocratic Crush: I would rate this series 4.5 out of 5. I thought this series was one of the better series this year. The scene of Kenneth Ma and Tavia Yeung was touching. I didn’t really like the way Kenneth’s brother died in this series. I kinda struggled finish the last 2 episode of this series. This series has a happy ending although it was open ended.

Daddy Good Deeds: I would rate this series 4.5 out of 5.This series is my favorite series so far, I like it more than Hippocratic Crush despite the fanbase. I thought this series was pretty surprising thoughout. I thought they should develop the relationship between Steven and Linda more since I liked them in A Journey Called Life and A Watchdog’s Tale. The ending was pretty rushed and they never showed the Disneyland scene. Overall it was a pretty good lighthearted series.

House of Harmony and Vengeance: I would rate this series 3.5 out of 5. I would have given it a 4 but the dramas just got draggy towards the middle part. I did enjoyed watching the dancing part. Linda’s acting was really good as a villain. I liked how this drama teach you about love and friendship. I wasn’t satisfied after finishing this drama. I could have easily skip this drama. This series is not good but not the worst for this year’s drama.

Master of Play: I would rate this series 3 out of 5. This series was overall boring but not as bad as everyone said. I just thought the series has too much talking. This series teach you of knowing when to let go of things and people live through lies. I like the concept of the multiple personalities. This is a worthy role of Maggie and Matt.

TVB Series I skipped: When Heaven Burns, Let It Be Love, Sergeant Tabloids,Glove Comes Off, No Good Either Way, Back to Three Kingdom, and King Makers.