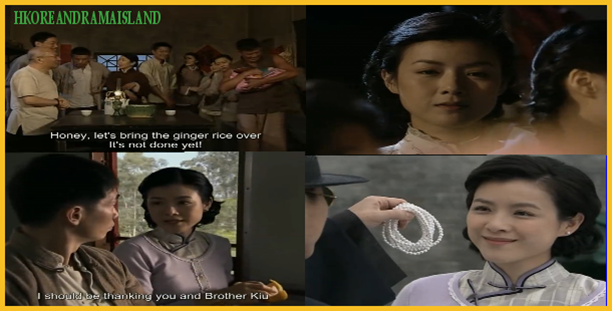 KK’s family have a gathering. The manager said he doesn’t want his share of money and told the elder to feed it to the dogs. The elders are mad at KK for throwing the manager out. KK apologize to the manager in front of everyone. Moses gives 50 cents to the workers. KK deal with Moses to buy his fleeceflowers. Moses told KK that the manager played dirty tricks and ruin his herbs. KK lend Moses 3,000 dollars and said he will think of how he can repay him later. Moses stares at KK, Maggie and their children, and smiled. Moses pay money to his workers. A girl told Moses she helped a lady with her direction and receive a bag of peanuts. Aimee’s parents house got wrecked. Aimee does the burial for her parents. Moses and Kenny let Aimee stay at their house. Moses’s neighbor baby is born. Aimee happily stares at Kenny holding the baby. Kenny cleans the grave for his baby who died 3 days after he was born. Moses said one night, Kenny had fun and was drunk at his friend’s house, his baby got a cold. He took the baby to many doctors but it was too late. Kenny blamed himself. Aimee said got usually take away the thing you treasure the most. Aimee told Moses she got a proper burial for her parents for 80 dollars. Aimee told Moses she helped her mom with the laundry and bean sprout and never left the village. Aimee told Moses she goes to Foshan to find a job. Moses saw KK Cheung walking with Aimee.