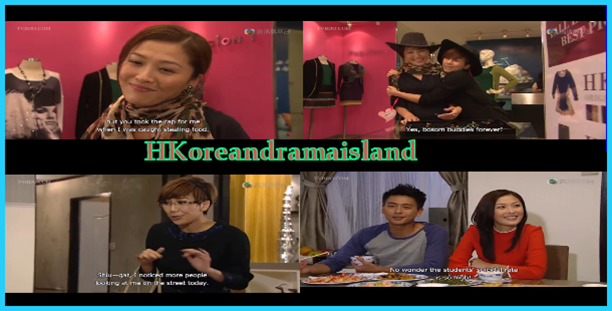 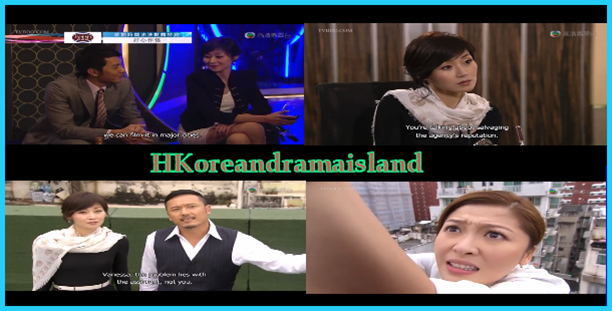 Joey told Michael that the editor sent her a photo of him and Niki hoping to get a story out of her. Michael told Joey he’s glad she’s so understanding. Joey told Michael he must watch for his heart when he goes out to bike. Niki’s boss told Niki’s subordinates that the crime rates of the youngsters has lessened thanks to their bike marathon. Tomato C has been chosen to be on the TV program.

Yuet, Mandy, and Vincent peeked on Niki buying food at the market. Yuet, Mandy, and Vincent took Niki home and asked her to drink some coffee. Niki got mad at Mandy for exposing her secret about her mother died. Niki left the house. Yuet searched for Niki outside. Yuet slides on the stair and fell down. Yuet told Niki if she believes that nothing last forever, she will forget them easier when they disappear. Yuet said without loss, there’s no pain. Yuet asked Niki how many years she will try to find the killer and what if she never finds the killer. Niki told Yuet that if she sees a smiley cloud right now, it means Yat and her mom are giving her the energy to heal her pain. Yuet and Niki looked at the smiley cloud.

At the clothing store, Mandy told Niki to change her styles if she wants to forget her past. Niki tried some dresses. Niki told Mandy she remembered when she she was a child, she used to lie to her friends that her dad has a PHD and her mom is a teacher. Niki said Mandy is the only one who listens to her secret. Mandy told Niki she wants to be more lady like. She wants to change herself for her crush. Niki wore her new red dress and put her hair down for dinner. Mandy wore glasses and asked Yuet if she looks like a teacher.

At the restaurant, Tomato C asked Jack to switch seats with her since a guy keep staring at her. Jack Wu showed Tomato C the episode she hosted. Mandy told the restaurant owner that her milk tea is so watery today. The restaurant owner told Mandy that it looks like she ordered something wrong and wanted another one. Elaine told Mandy she can ask Vincent to do a lab test with the milk tea. Elaine and her friends think that Vincent likes Mandy since he lets her take advantage of him. Mandy apologized and said she can only blame herself to be good at nothing. Mandy told Elaine to give her a buttered bun and milk tea.

Michael told Joey to join Vincent during dinner. Vincent saw Niki at the restaurant and he asked her to sit with him and Michael. Joey told Michael on the phone she won’t be coming to dinner. Niki asked Michael if he can support her the money for the event. Vincent received a call from the hospital to work. Niki saw Michael took out the white chocolate. Niki and Michael watch watch each other hands and see who has more calluses. Michael asked Joey if she mind that he was with Niki. Joey said she is fine. Niki got frustrated thinking about Michael as Yat. Niki told Vincent that ever since Michael has a heart transplant, he acted like Yat. Niki told Vincent that Michael knows how to draw and eat chocolate like Yat. Vincent told Niki it’s all an illusion.

Tomato C told Sammy and Jack she wants to quit her job and become a model.Tomato C gave her resignation letter to Niki. Niki asked Tomato C is she is sure.Niki told Tomato C being a model is different from being a cop. Vanessa, the model got molested at the bar. Tomato C told Niki she changed her mind and want to be a cop again. Niki joked to Tomato C she has submitted her resignation letter. Vanessa called Tomato C that she got fired and wants to jump down the building.

Michael told Joey being molested is a big deal. Michael told Joey she is thinking about saving the company reputation while he is thinking about the principle of running a business. Michael told Vanessa the problem lies on the assistant not her. Michael promise Vanessa he will find her a good job. As Niki tried to grab Vanessa, Niki accidentally fell down the building. Michal holds Niki’s hands. Suicide cannot solve anything. One must solve one’s pain. One must learn to overcome it. If you overcome it, you’ll become stronger.