Yau Tin filmed a clip to promote himself at the market. The employees are dissatisfied and boycott. Yau Tin announced to close down the store for three days. Joi Yeh’s father gave Joi Yeh some money to buy some shampoo to clean his messy hair. Joi Yeh received a call to represent a show and speak for the employees. Joi Yeh speaks against Jing Man’s mom for siding with Yin Tau. Jing Man then put on her glasses and raise her voice confidently. The next day, Vivienne came and boycott with Joi Yeh. Yau Tin gave the employees a red packet playing a prank on closing down the store. He brought the Practical Joke Host Jonhson Lee. Yau Tin announced there will be an adjustment of toilet papers. Jing Man hit Joi Yeh at the market, and fainted when she caught an orange which she is allergic. Jing Man drank the tonic soup and got well. Jing Man invited Joi Yeh to dinner for her birthday celebration. Kwok Bo played the harp and wrote a calligraphy for Jing Man. Kwok Bo and Jing Man dated but never kissed. Jing Man’s mother doesn’t like the idea Jing Man is on her boyfriend. 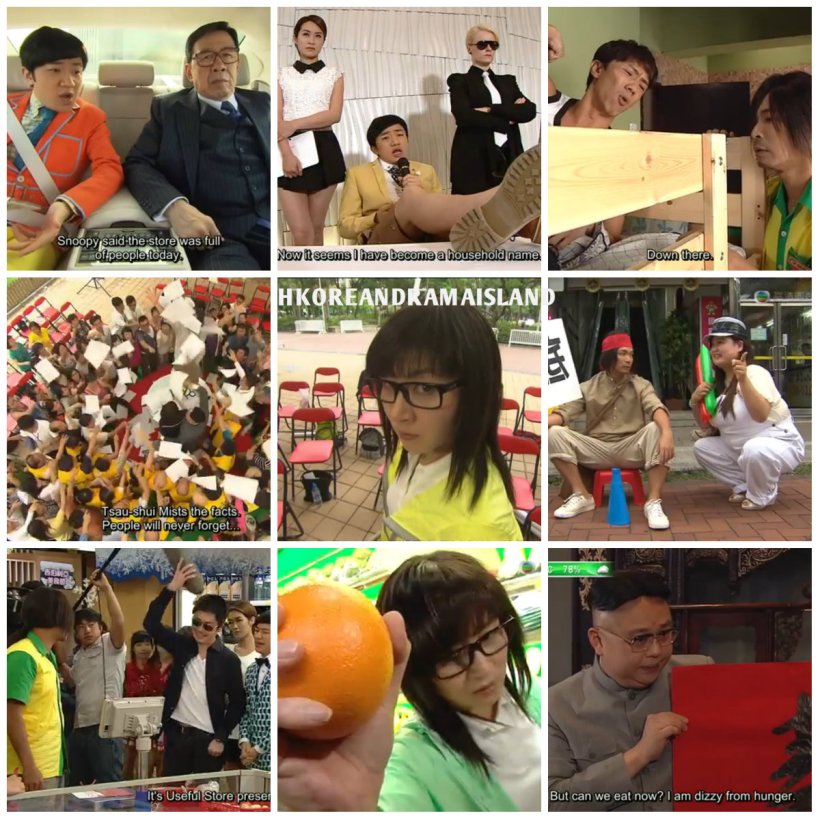