Shi Si held Shao Yu’s hand and recited poem and drink tea. Shao Yu told Shi Si if two people are honest, why do they have hide for each other. Shi Si said they should drink and forget about their anxiety. The flower spirit breathe on Shao You. Shi Si told the flower spirit she won’t spare him if she harms him. Shi Si fights with the flower spirit. 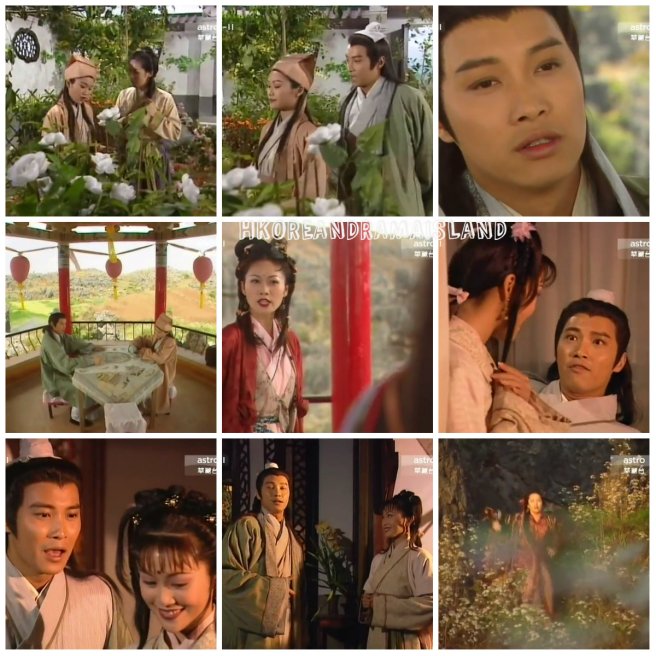 Three years later, people congratulates Shao You and Shi Si ad brought presents. The flowers visited Shi Si and said the princess got punished for not going down to the earth. The flowers gave Shi Si a jade to protect her. A master drank wine and seduced Shi Si. Shao You drinks. Shi Si told Shao You to stop seeing the master since he tried to seduce her. Shao You told Shi Si that the master was just drunk. Shao You doens’t believe in love generation since they are doing well. Shao You called the red rose. Shi Si showed Shao You the new hat she sewed for him. The bee king seduced the master’s wife energy and sucked her energy. The master flirted with the maid and the maid yelled. The master asked his wife why does she looks frail. She said he went away so she’s frail. 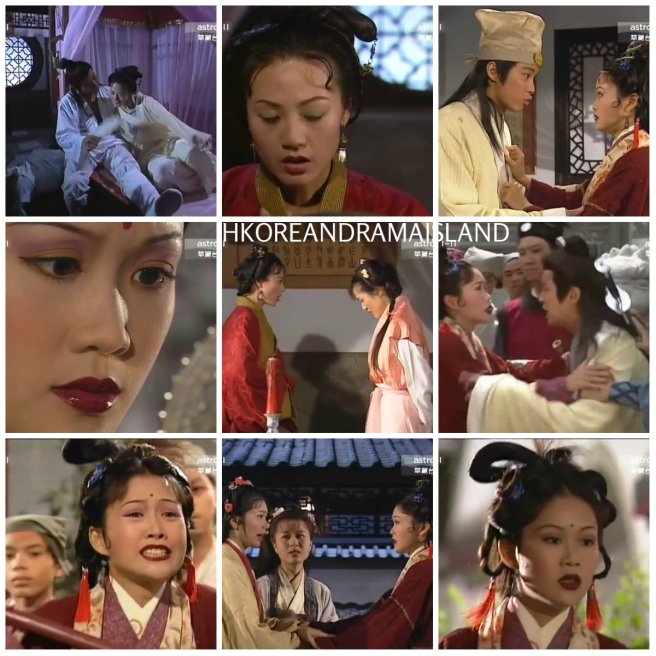 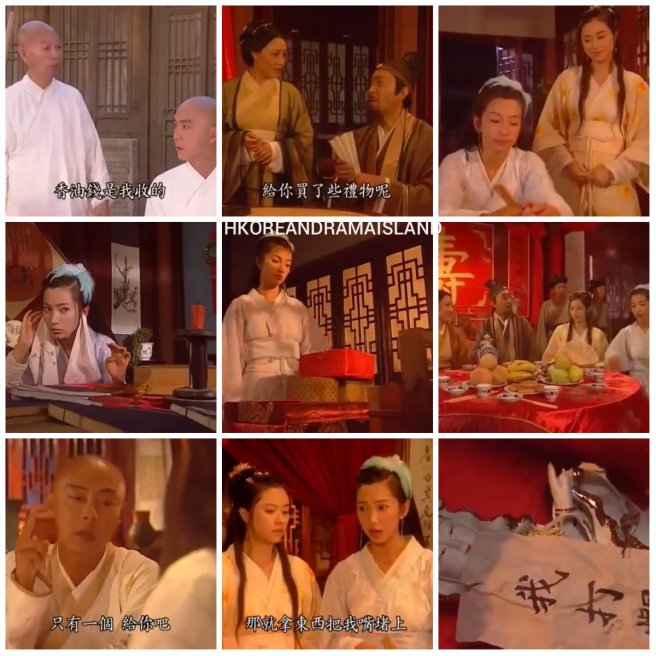 Dicky believes Li Bing Bing will be coming back home in a few days. The scholar told Dicky he never seen Li Bing Bing that mad. A scholar said she may go to the forest. Dicky looked at the earrings and thought of Li Bing Bing. 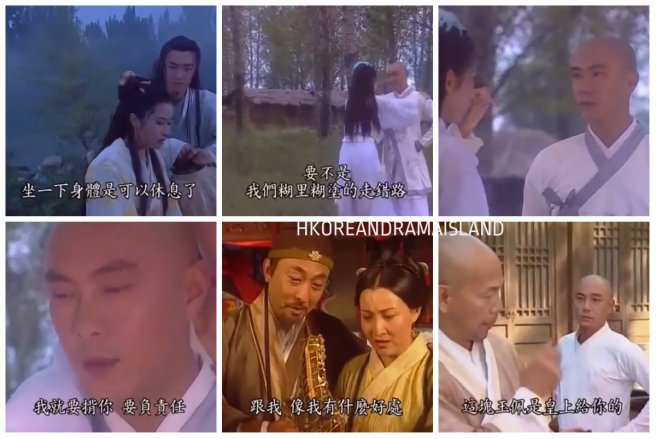 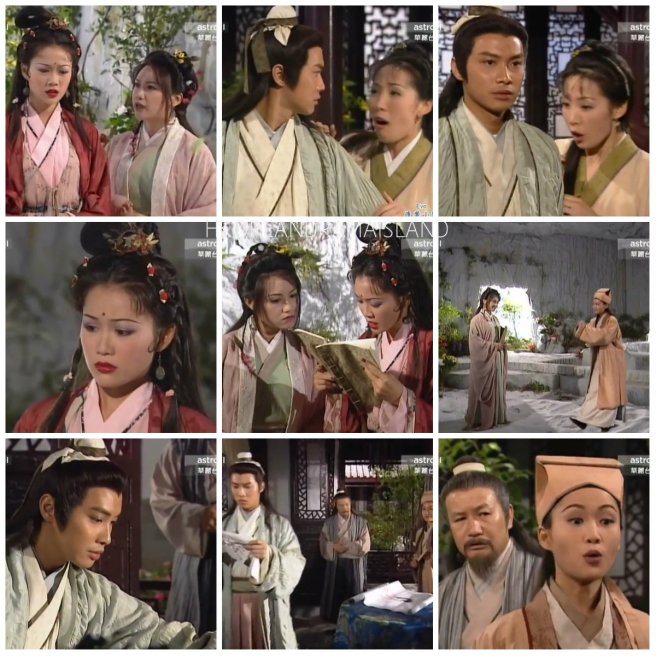 I’ve been making a bunch of collages of Aaron Carter. ❤ Aaron Cart's confidence and always speaking his mind. Will always support him. 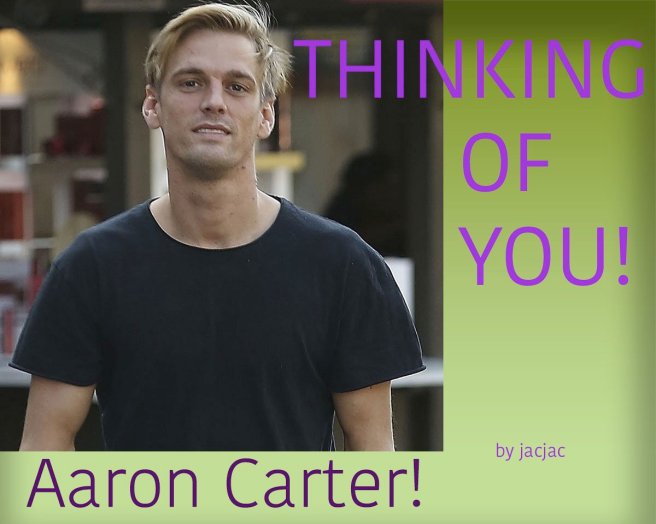 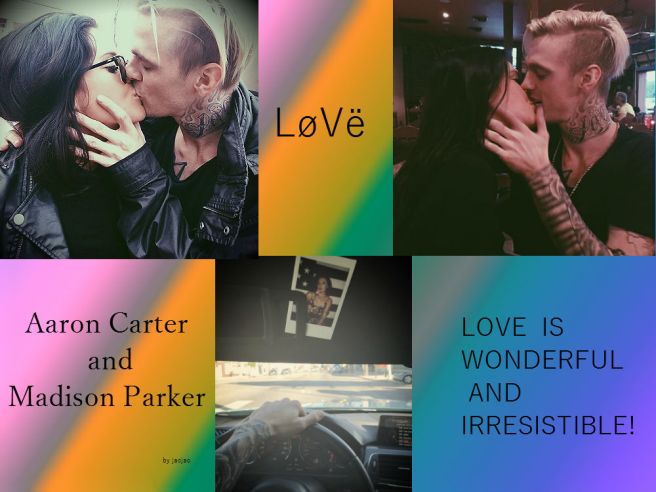 I’ve also made a collage for an Aaron Carter fan under her request. 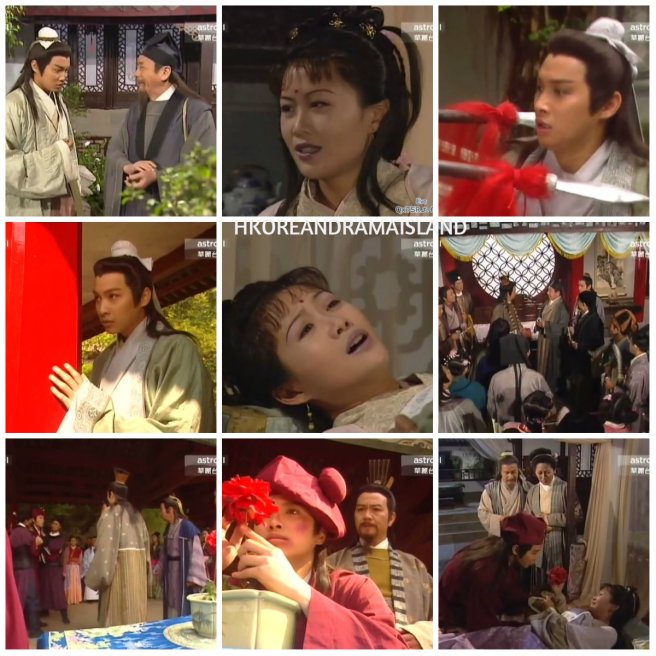 Shi Si showed Shao Yu the pot of flowers. Shao Yu said though those flowers are pretty but not as pretty as the red rose just like when you only love one person. Shao Yu stared at Shi Si and apologized that she reminded him of the red rose. The demon told Shi Si that the rock has been stolen by the king bee. The flower queen fought with the king bee. Shi Si bowed in front of the flower queen.

The princess stole the flower rock and showed it to Madam Hsin Shi Si and the flower girls. Shi Si watches the princess and the flower. Shi Si asked the princess to use the flower rock to restore the death of the flowers. The female demon eavesdrop at them. The demon disguised into the flower queen and asked the princess to hand out the flower rock. Shi Si told the princess to notice tail of the demon. The demon punched the princess. King Bee saw Shi Si. King Bee leads Shi Si to his hive. Shi Si fought with the king bee and left. Feng Shao You climbed up the mountain searching for flowers. Shao You bought a pot of flower for one hundred and fifty taels. The servant told Shao You they don’t have money. Shao You told his servant to exchange diamonds. He needs to see his flower dream. The servant deals with the store owner to sell the flower pot for five taels or he won’t buy it. Shi Si asked the Buddhist to show her where’s the demon. Shao You saw his dreamy red rose. Shi Si transformed to her real self and feels disgusted being kissed by Shao Yu. Shi Si climbed on the mountain and didn’t see the red flower. Shi Si fought with the demon and demanded her to give her back the rock. The demon possessed Shi Si’s servant. Shi Si noticed the servant’s leg is crippled and doubt it is the demon.

The servant told Shao Yu that all the chicken have been missing. Shi Si smiled and burnt the hay. Shi Si chased the dmeon. The bee punched Shi Si. Shi Si turned into the red rose and hid on the batch of flowers. The bee used his power and retrieved Shi Si. The prince and the general went hunting. The bee tries to rape Shi Si. The demon punched the bee. Shi Si told the demon that she needs to return the rock to the flower queen. The prince wondered why the flowers whitthered in the spring. Shi Si searched for the red rose and fainted. Shao Yu brought Shi Si home. The prince invited Shao Yu to look at the red rose. The doctor checked Shi Si’s pulse and told Shao Yu that Shi Si isn’t a human. 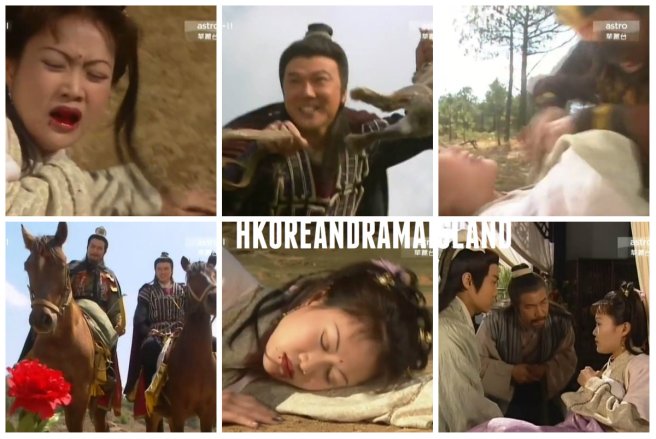 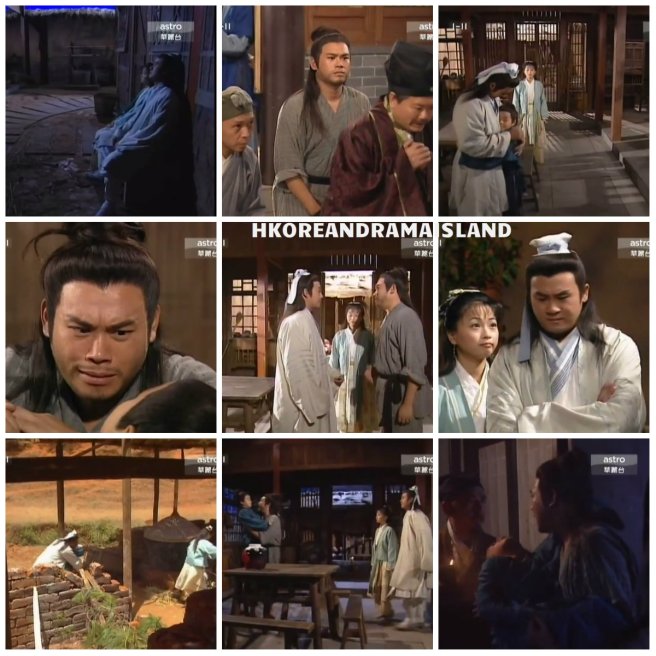 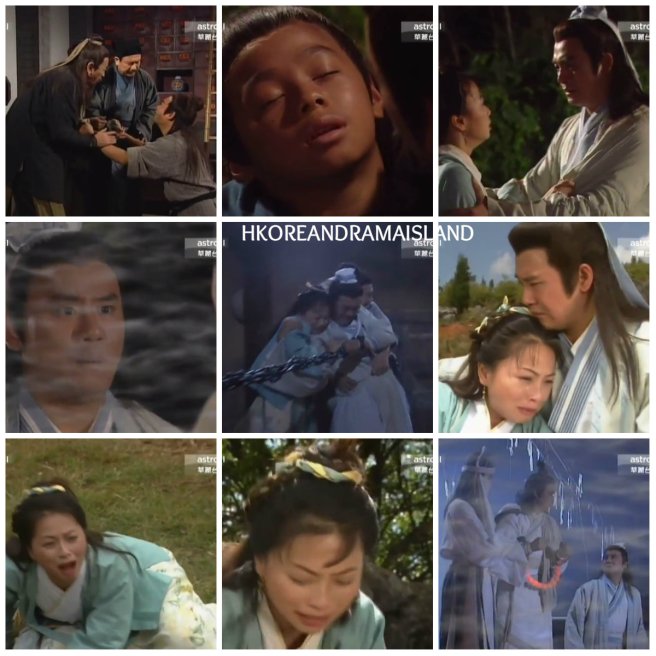 Dan Feng cried and hugged Lu Lang. Lu Lang told Dan Feng that perhaps he may reincarnate again. He will sing to let her know. The guardian took Lu Lang away. Dan Feng grieve about Lu Lang. The judge punished the guardian to be 3 ranks down the hell and cut his post. The judge punished Lu Lang in prison and wait till his soul vanishes. Dan Feng’ father told the villagers that Lu Lang opened the fene when they house got in fire. The scholar and his fiance speak up for him. The bandit speaks up for him. The cloudy sparrow possessed Dan Feng’s body and gave them an advice of four words. On the either of april, Lu Lang will return. Lu Lang will return on the boat by the sea. The captain’s son asked the captain why is there three dots on the map. The guardian got released. Lu Lang got another chance to reincarnate. 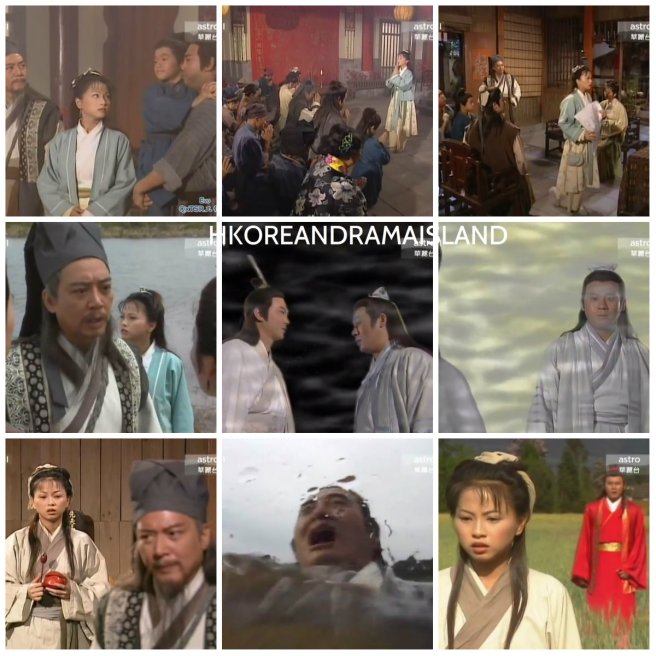 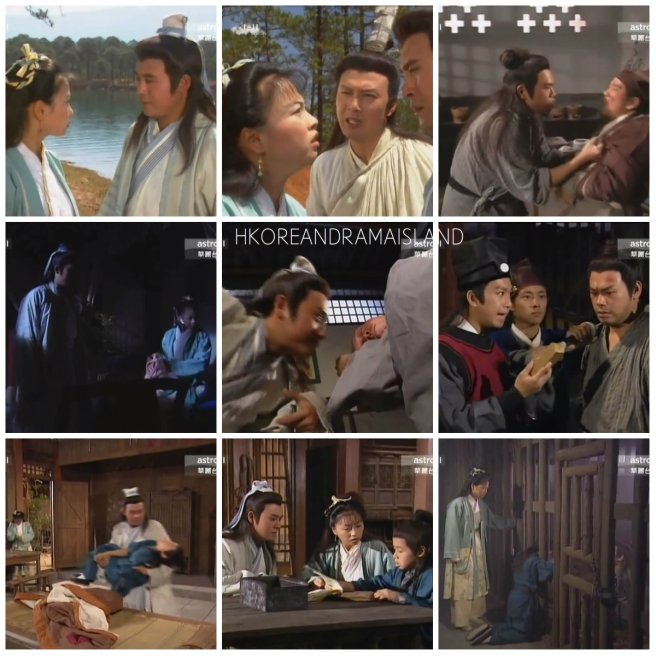 Roger’s brother pointed a gun at Fiona. The village woman’s step son tripped down the stair and fainted. In the hospital, the villager woman’s son told the cop that his mother pushed him. The cop asked Roger’s mother if Roger’s brother play with the gun. Roger’s brother asked Jackie’s colleague if he blamed him because Roger used to be a prisoner. 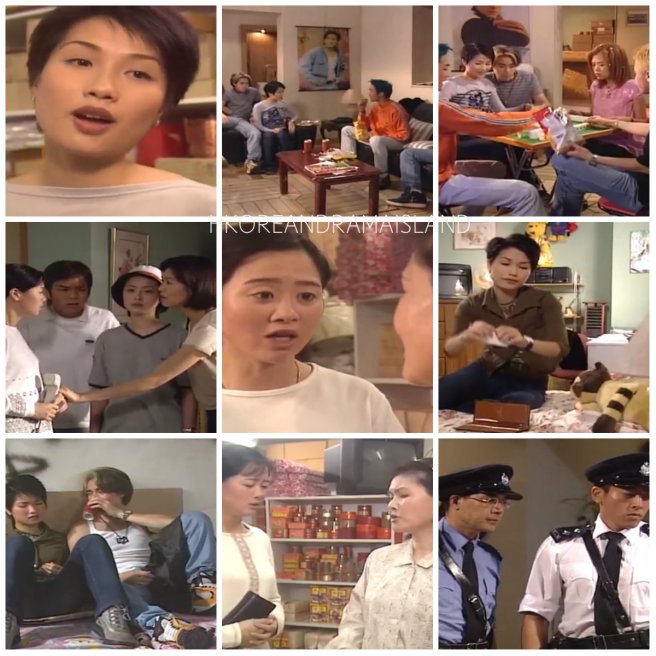 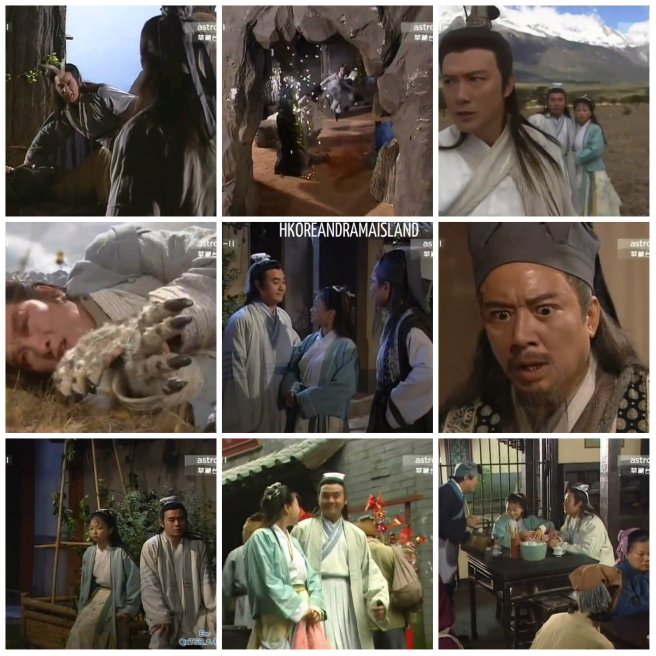 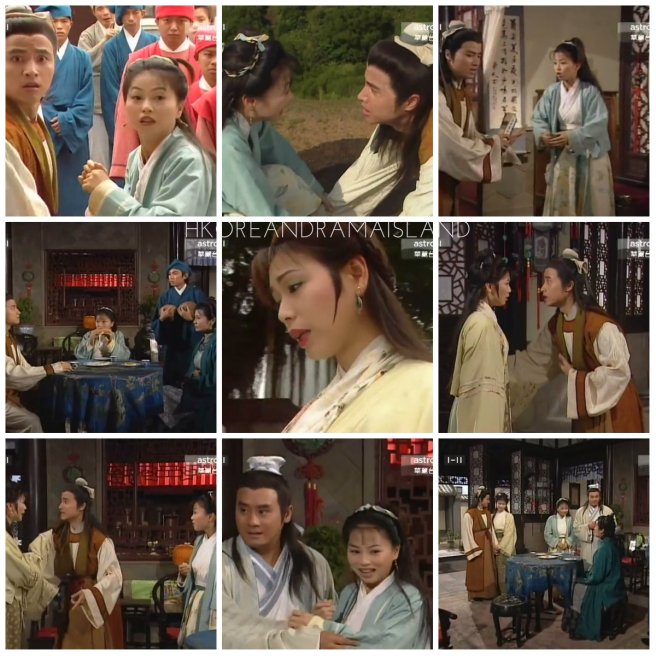