Joel told Jazz and Master Kai about he heard a girl said No Daddy. He called the police and they found out he raped her. Master Kai made Mia  some curry fried chicken. The new neighbor saw a whole on the wall and eavesdrop on Mia. Mr Yau called him and asked him to add more feelings on his design. The neighbor and Mia  text each other. Joel waited for Selena at a French restaurant and his souffle arrive. Joel gave Selena a bag and got upset she didn’t show up in the restaurant.

Selena called Mia while she exercise and she couldn’t hear it. Mia tripped. Mia read the news about her doing yoga. The neighbor heard Mia aching and eavesdropped on Mia eating noodles. The neighbor followed Mia in the bus and looked at her. The sub song of Revolving Door of Vengeance was played. The neighbor looked at Mia doing the laundry and imagined himself dressing up as skywalker saving the princess. Mia asked Lau Kong if she can pay her rent later. She requested him to switch room since she suspect someone is eavesdropping her. Selena texted her but there was a flash. Lau Kong told Mia she and Selena are good friends and it is normal she misses her and has an illusion she came back. 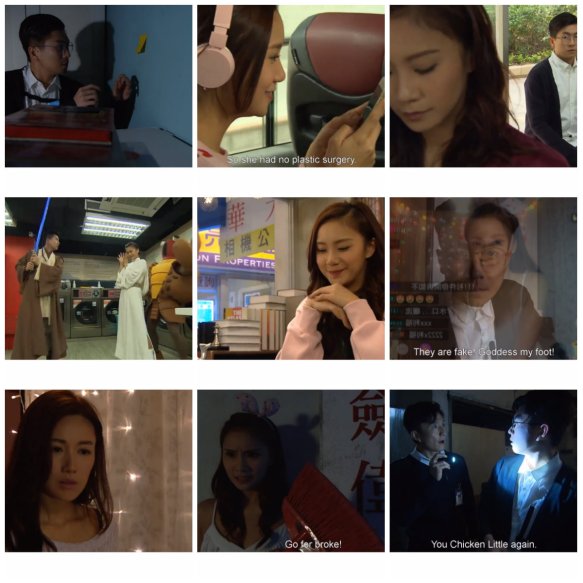 The neighbor eavesdropped on Mia. Mia freaked out and ran. Selena saw her. Mia hid behind the wall carrying the broom. Joel saw the neighbor and thought he ate fried chicken. The neighbor closed the hole and lights flashed.

Selena sleeps and wonder where’s Joel. Selena had a dream in the past, Selena told Lau Kong her eyes hurt. Selena sighed to Lau Kong that Joel didn’t come to see her. Selena told Lau Kong he doesn’t know what it feels like to be in love. She misses the person even more. If he were in love with the person, wold he flee with them? Lau Kong played the erhu. Selena defended Ping Ping against other prostitutes. Selena seduced a client. Selena drinks. Joel stopped her. Selena told him to meet her at the restaurant at six in the afternoon tomorrow.

I tried the Matcha Soy and Taro Milk Tea from 7 Tea leaves.

Ding Pang burns the mansion. He took the sect to the dark sect. He said they’ve been betrayed by one person. From the outside, he looks good but he’s been manipulated by the dark sect. Ding Pang yelled and cried it’s him.

The priest said the sword has feelings, and if it belongs to the good sect then they can use it for the good. The buddha can remove it’s darkness. The priest told Ding Pang he is the leader of the good sect but is a spy for the dark sect. Ding Pang doesn’t have anything to say and is willing to let the sects kill him. Siu Yuk came to the temple and asked the sects if Ding Pang is a spy for the dark sect, can they punish him right now? If he isn’t willing to admit, could they punish him. Siu Yuk told the sects they claimed to be a good sect but did many bad things behind the scenes. The two sects fought, and if Ding Pang wasn’t there then they would been dead. Siu Yuk told them how Ding Pang helped them. Siu Yuk told Ding Pang she heard her father mutter that he caused him to have this burden. Ding Pang requested Siu Yuk to play the song that Ching Ching played for him. Ding Pang thought of Ching Ching.

The historian wrote that Ding Pang has killed three hundred people that night. Mo Ming believes Ding Pang and Ching Ching is hiding in a peaceful place. He put back the history manuel of Ding Pang back in the box. The good and dark sect fought with each other on the thirteenth of January. On the seventh of February, Ching Ching’s father became the leader of the sect.

Comment: A good episode to recap. Lots of stuff happening!

Selena  visited Sasa’s granny Law Lan. Selena went to Sasa’s granny flat and got scared of the rocking chair moving. Joel took Fong Fong and Sasa out of the room. Sasa and Fong Fong told Joel they didn’t kill Man Man, it was the fox spirit. Sasa and Fong Fong planned to run away. They saw Man Man in the basket. They got scared of reporting or they would end up in worse fate than Man Man.  Fong Fong told Sasa to throw away the body and pretend to be dead. Joel told Fong Fong and Sasa he found the dutch cigarette which can’t be found in Macau. Coco guaranteed they didn’t killl anyone. Flashbacks of Joel getting beaten up by Dog Keung. Brother Hung gave Joel money to repay his gambling debt in return he has to report to him every move of Sasa.

The cops called. Joel put the phone down.  Joel looked at Selena’s pendant and found a key. It was Brother Hung’s key to Sasa. Joel opened the locker and found hundred and fifty grand of money and decided to keep it. Selena and Joel gambled and danced. At the beach, Selena told Joel she had a dream of being an air hostess that she could fly everywhere. Joel told Selena she doesn’t need another dream, she got him now. Joel kisses Selena.  Joel said he is thinking if it would be great if everyday is like this.  Selena told Joel if he takes her away, they can watch the stars everyday. 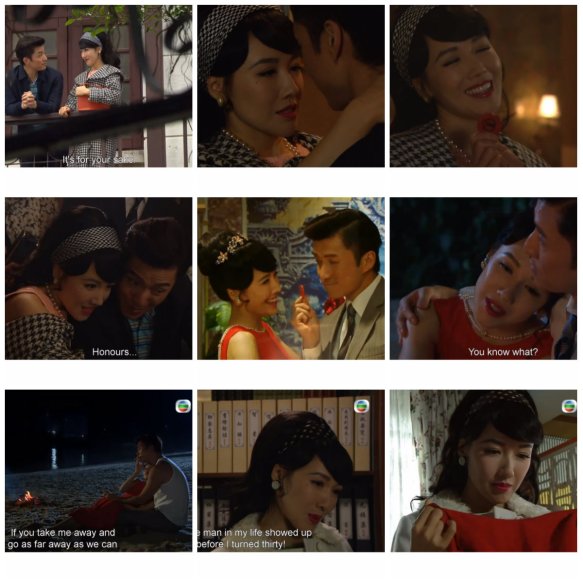 Selena told Lau Kong that she met the watchman . She found her love before thirty. Selena told Lau Kong that Joel is her lucky star and she can quit her job. Selena folds her clothes and Lan Po scratched her hand. Law Lan died. Dog Keung ordered his men to cut Fong Fong’s ears and asked her where’s the buddha pendant.  Sasa killed herself and said the fox spirit will give him a horrible dead. Selena made an announcement at the mansion. She danced with Joel. Selena opened the box and saw the pair of ears and freaked out. Dog Keung asked Selena where’s the buddha pendant. Selena pointed to her suitcase. While Dog Keung  searches in the suitcase, Selena hit him with a stick and run. Dog Keung  beat up Selena on the stair. Selena swears he will die a horrific dead.

Joel went to the mansion. Dog Keung’s men chased him. The man searched the toilet. Joel put his feet up. The man checked the toilet next to Joel and the rats crawled out. The other man hit Joel from the back. Joel shot at the chandelier and it fell on the man. Joel came on the rooftop and pointed the gun at Dog Keung. He told Dog Keung that Boss Heung knew he would betray him so he asked him to keep his money. Joel threw the bag of money down the fortune tellers while they were doing a spell, and Dog Keung jumped down the fire. Dog Keung got burnt. Joel told Brother Heung that the bag of money got burnt with Dog Keung. Selena sighed to Joel she thought they could travel together but they can’t. Joel gave Selena his star pendant and said he’ll watch the next meteor shower with her.

Selena serves Boss Li. Selena went home drunk. She smoked and said men in the nightclub are heartless. Lau Kong told Selena about last time her dream about the doll and the crow hag was interesting and he wanted to use them in his novel. Young Lau Kong told Selena there is a myth that if a black cat is staring at her, it means something is going to happen. Selena had a dream of Joel again. Selena  said she dreams of Joel watching the meteor shower on the rooftop with her. He told her whenever there’s a thunderstorm, mice chases cats instead. Selena’s coworkers wondered where Sasa is and there’s a tale of the fox spirit in the twilight mansion. Selena followed Lan Po. Joel asked drinks and asked for Sasa. Joel walked out and saw Selena. Selena tripped. Joel picked her up. Joel told the director to rush back to his wife. 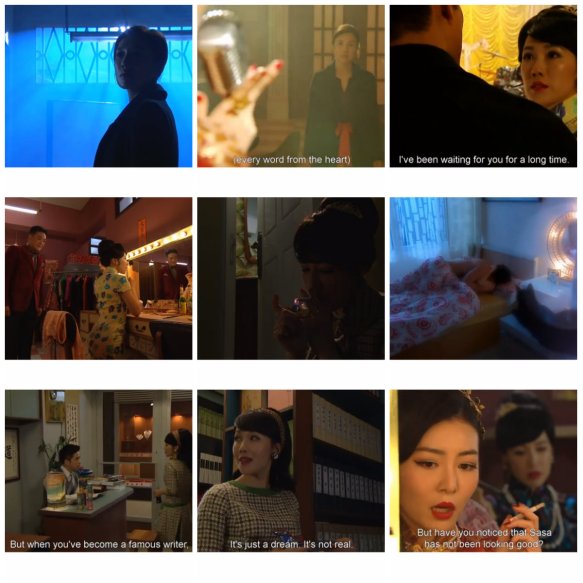 Joel told Selena he became a cop. He had no money. His superior took his credit. His former boss went to bed with his fiance. Joel gave Selena his cigarette. Selena asked Joel if she’s seeing someone. Good men  won’t pick her but she doesn’t want bad men. Selena told Joel that the lift will stop at the wrong floor. Selena returned home and found the house a mess. Sasa’s body were bitten by mice. The lights turn off while Selena is drinking. Selena saw Lan Po.

Joel went with Selena to Macau. Selena told Joel she is the second oldest of her eight siblings. She worked in the factory but the money wasn’t enough to pay for the food and rent. Then she felt ill. Then the medical bill took of all of her money. Then her father marry her off to an old man from the States. A coworker introduced her a new job as a taxi driver and she took it. Selena rung the door  for Sasa’s granny. 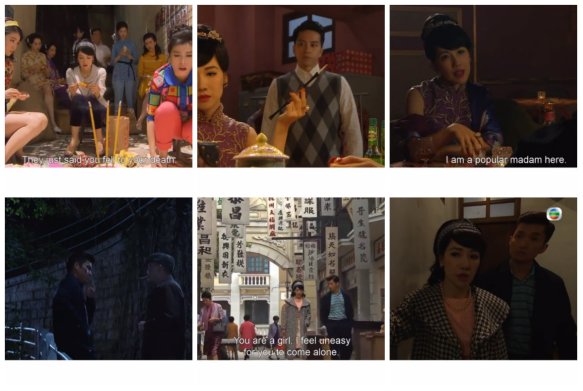 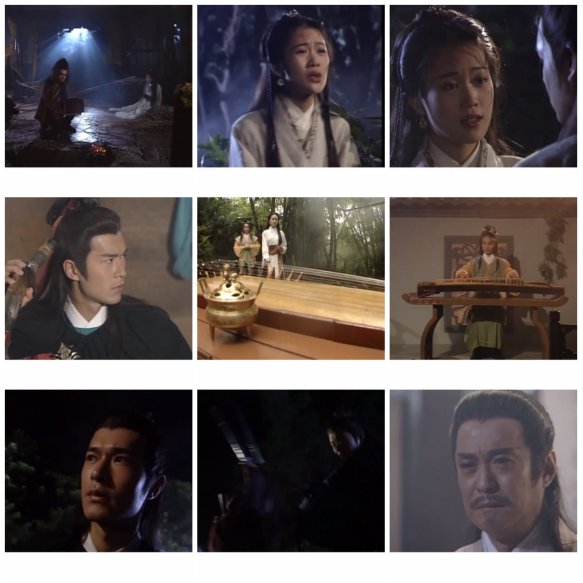 Ding Pang held his blade and apologized to Tse Hiu Fung he came to kill him. Ding Pang fought with Tse Hiu Fung. Ding Pang threw his dagger and it sliced Tse Hiu Fung’s head. Tse Hiu Fung said thirty years ago he made a lie and regret. Thirty years later he let him have this burden. Now he uses his blood to return half of his life. 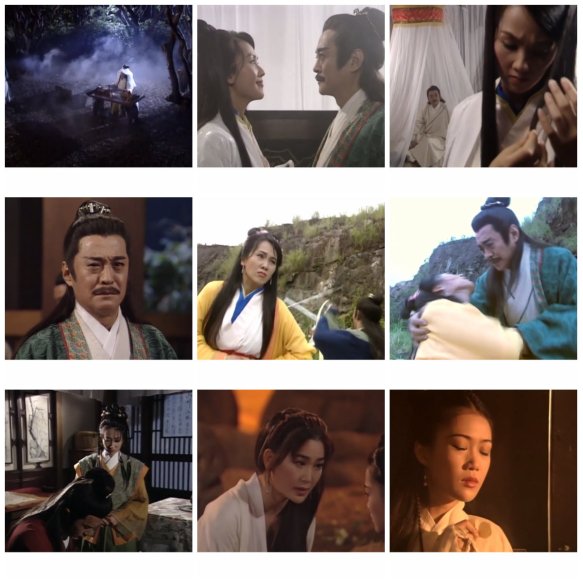 Ching Ching’s father visited Ching Ching and said he knows everything that happened. Ching Ching just wants to live alone peacefully. Ching Ching begs her father to not harm Ding Pang. Siu Yuk told Ding Pang, when she pointed her sword at Mo Ming, she found out she can do anything for him. Siu Yuk hugged Ding Pang. Ding Pang doesn’t know if he made the right decision. He chose the path that was the best for him but in his heart he loves Ching Ching the most. Ding Pang looked at Ching Ching by the window and know he has caused her to be miserable.