Tin Wah got mad why Bo Yee always steal his things. The general’s wife said as long as Bo Yee hesitate of marrying Chiu Yung, she has a way to deal with it. The general reads the edict. Bo Yee said he needs time to think. Bo Yee dropped the hat and told the general he will see him and the majesty at the court. At the court, Bo Yee told the Chiu Yung that he is only a normal guy, he doesn’t deserved her love. Bo Yee apologized no one cane replace Ching Mui in his heart. Chiu Yung left and told the majesty to punish him for her. The majesty ordered Bo Yee to be locked in the dungeon.

Tin Wah told the general’s wife that Bo Yee was born naive and doesn’t know how to lie. He deserved to be in this state. The general’s wife thought of an idea of sending Bo Yee to Mongolia for a mission. Chiu Yung begged the majesty to not let Bo Yee leave to Mongolia. Bo Yee’s mother feels upset that Bo Yee is leaving. Chiu Yung greets Bo Yee and bid farewell nad gave him an umbrella. The villagers gave Bo Yee some wines and buns. 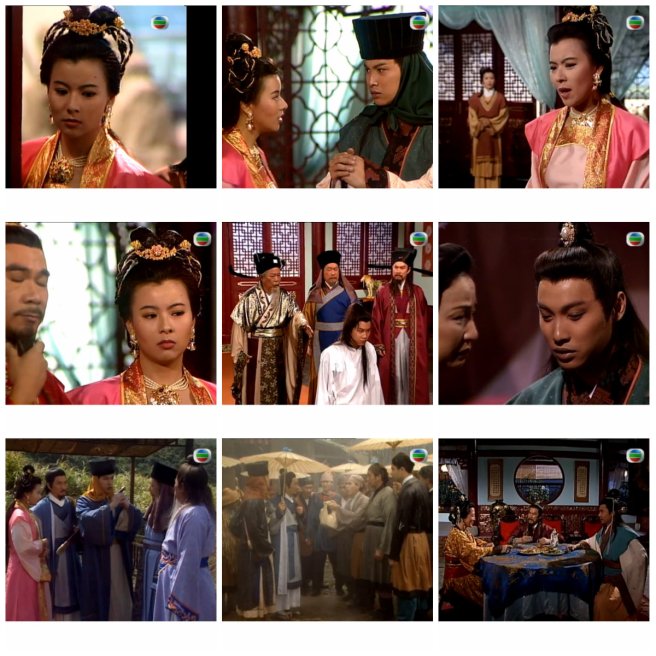 View all posts by jnewin