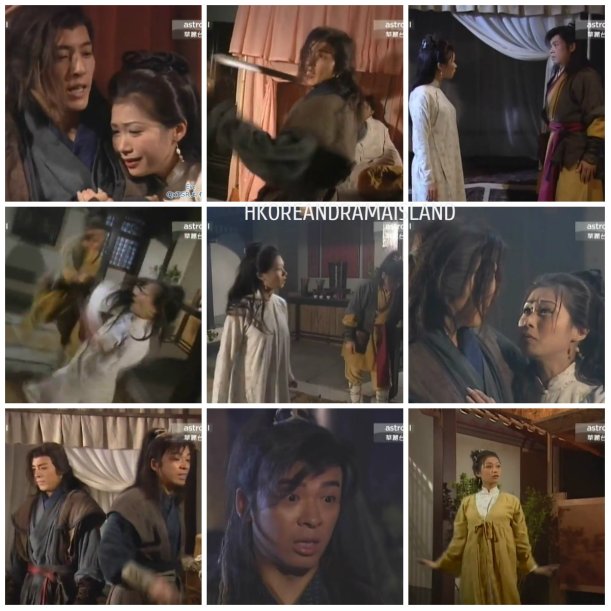 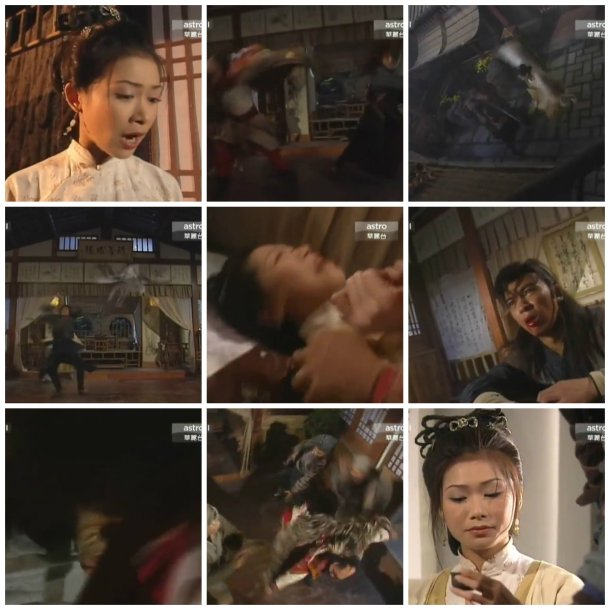 Ching Ching asked Chun Yang if Chi Liang is more important than her. She can tell from his eyes when he stared in the fake Lady Hua’s eyes. Ching Ching said she only has him by her side and who does she believe more. Chun Yang told Ching Ching that the secret of the sword is the pearl, if there are demons, the pearl will beep. He hopes she doesn’t blame Chi Liang. Ching Ching said Chi Liang may be in danger with Lady Hua. The grandpa transfer energy to Chi Liang. Chi Liang told the grandpas to not blame Chun Yang since he love Lady Hua. Chun Yang din’t know the truth so he killed the two grandpas and Lady Hua’s mother. Chi Liang said if they don’t forgive Chun Yang, he won’t die in peace. Lady Hua cried. Chi Liang thanked Lady Hua for giving him this sachet. Lady Hua said she will sew a dress for him if he stay alive. Chi Liang passed away. 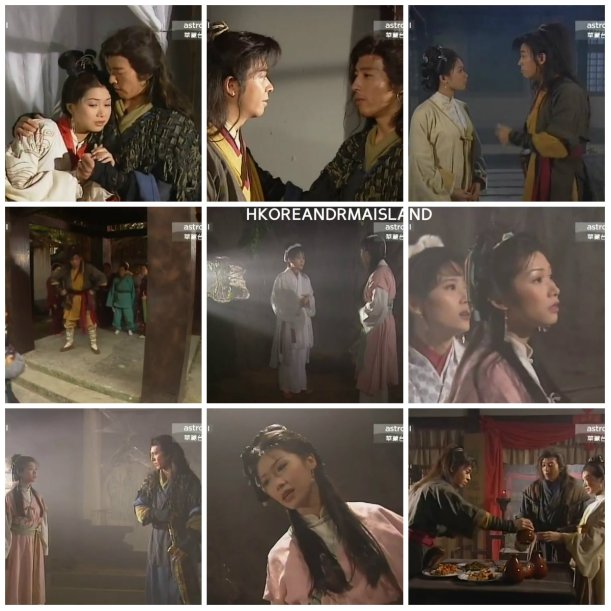 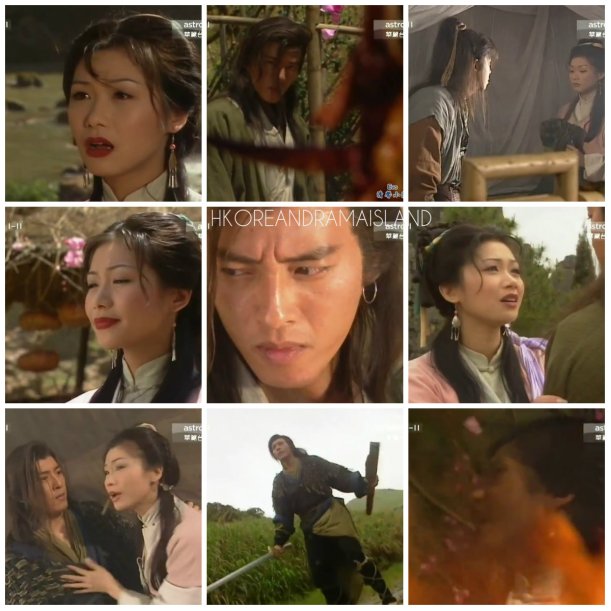 Chun Yang fought with the demon. Chi Liang ran. The demon threw fire and Lady Hua ran out from the fire. The earth shakes. Lady Hua tripped. Chun Yang grabbed her and they both fell down the ground. Ching Ching laughed thinking Chun Yang is dead. Chun Yang and Lady Hua went into a cave. There’s no water or meat. Lady Hua told Chun Yang when he held her hands as they fell, she wished he could hold her hands forever. This is their peaceful time. Life is so frustrating. Right now, she only has him on her mind. She denied his love earlier to make it easier for him. Chun Yang told Lady Hua he also love her and want to take care ofher but his life is a wanderer. Lady Hua asked Chun Yang why do they have to wait till last minute to show their reveal their true feelings. Chun Yang told Lady Hua he is also an orphan. He told Lady Hua he eavesdropped on the two demons transferring energy at the restaurant. The two demons killed his parents. Chun Yang’s master fought with the two demons. Chun Yang vowed to kill the demons to revenge for his parents. Lady Hua told Chun Yang that there are good and bad demons. They don’t have much days to live so it doesn’t matter if they can defeat those demons. 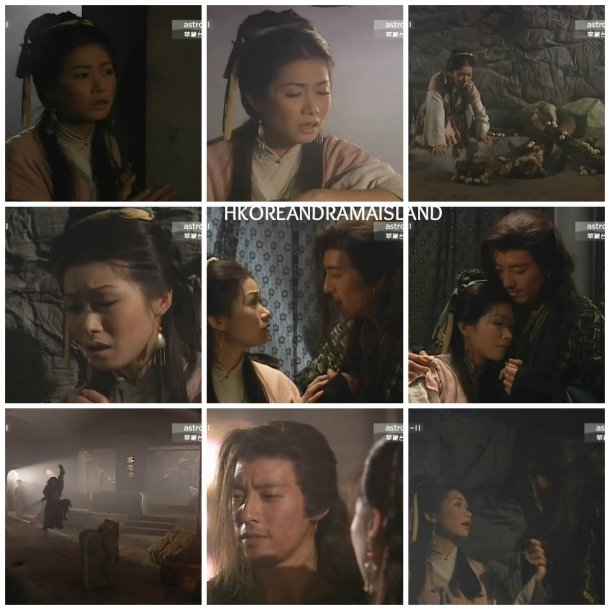 Lady Hua told Chun Yang that she plans to leave since she doesn’t want the demon to bother him and he has to focus on fighting demons. Lady Hua and Chun Yang bids farewell to each other.

The story starts with Chun Yang practicing martial arts. Chun Yang’s master told him that only he can use this sword. He must beware of demons. He must only trust this sword. Chun Yang is passing away and gives this responsibilities of fighting demons to him. 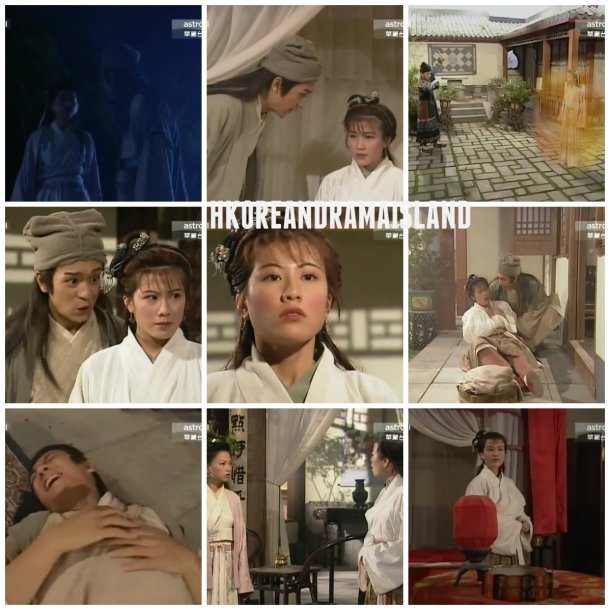 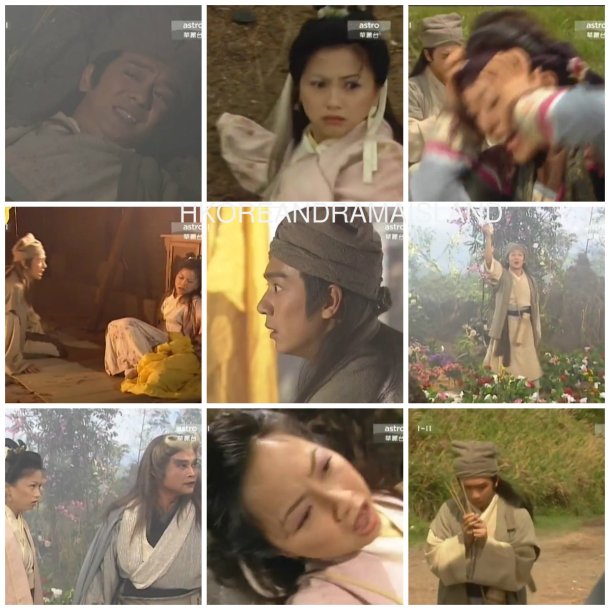