Xiaohou Zhun has an illusion of defeating the sect. A guy gave Lin Pen a bun pancake as a gift for performing martial arts. The guy heard Lin Pen mentioning the dagger builder’s name and asked him why did he want to find his father. The guy took Lin Pen and Nuo Feng to his father’s grave. Lin Pen asked the guy about the weapon. The guy doesn’t know where his father placed the weapon. Lin Pen, Nuo Feng, and Lin Die search for the weapon. The guy gave Lin Pen and his friends some buns. The guy said his father used to chat with him but after he passed away he has stopped talking to him. Lin Pen wonders if the weapons was buried with the guy’s father. Lin Die doubts he was sick and died before finishing building the dagger.

Lin Pen, Lin Die, and Nuo Feng pray in front of the guy’s father’s grave and dig the grave. Lin Pen tries to break the rock with a sword but the sword broke. Lin Pen was surprised since the sword is made of steal and broke by the rock. Lin Pen doubts if the rock is the guy’s father weapon. Lin Pen asked the guy what is the rock. The guy said it belongs to his father and he sleeps with hit so he drug him with the rock. Lin Pen and Lin Die used the rock to make the sword. Lin Die sighed that he failed making the sword. The guy laughed and cooked some pancakes for Lin Pen, Lin Die, and Nuo Feng. Lin Pen asked the guy why does the pancakes have words on it. Nuo Feng rolled the flour and saw a quote. The guy thought how his father told him that he has to have the heart to accomplish his task. The guy’s father cut his arm and poured blood on the dagger. Lin Pen, Lin Die, and Nuo Feng cut their arms and pour their blood on the cauldron. They finally managed to take out the sword out of the cauldron. 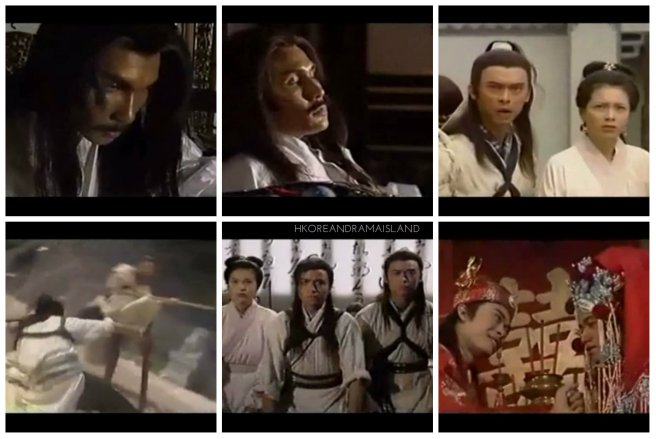 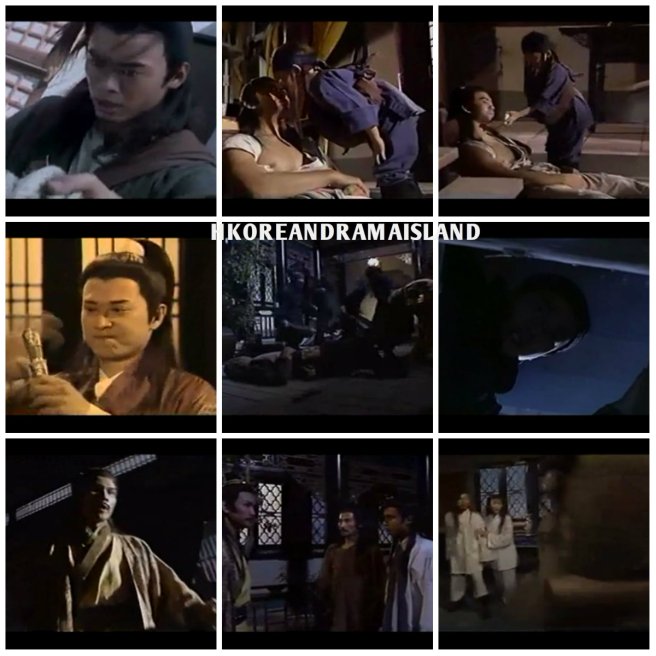 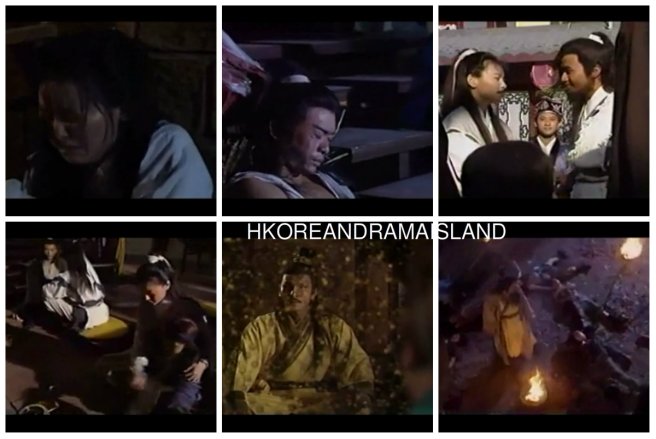 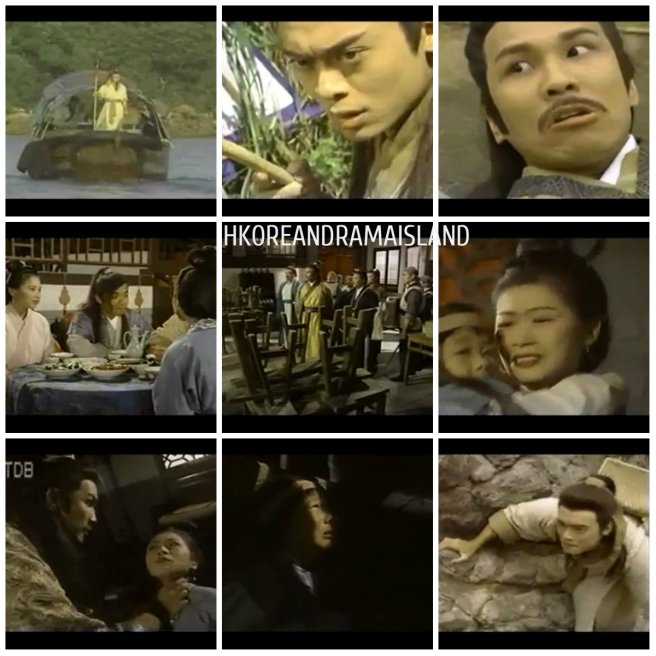 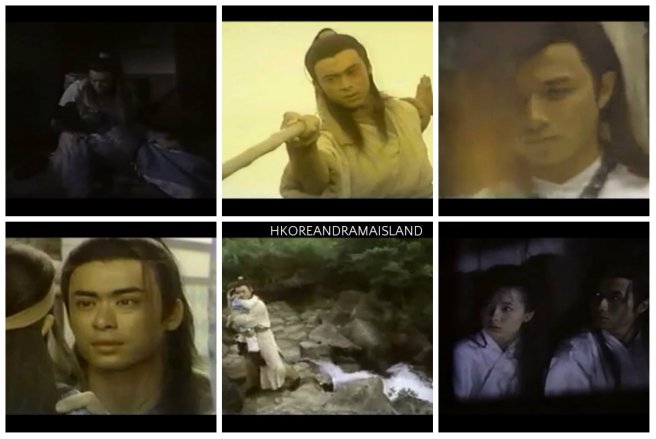 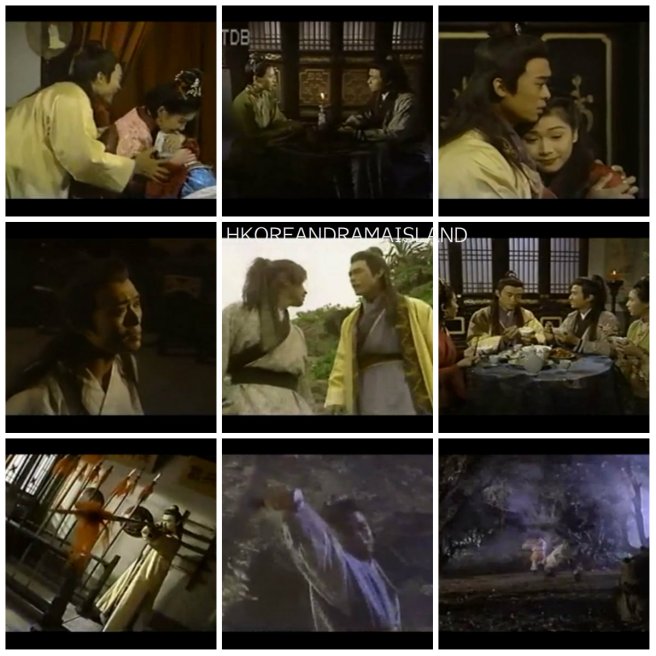 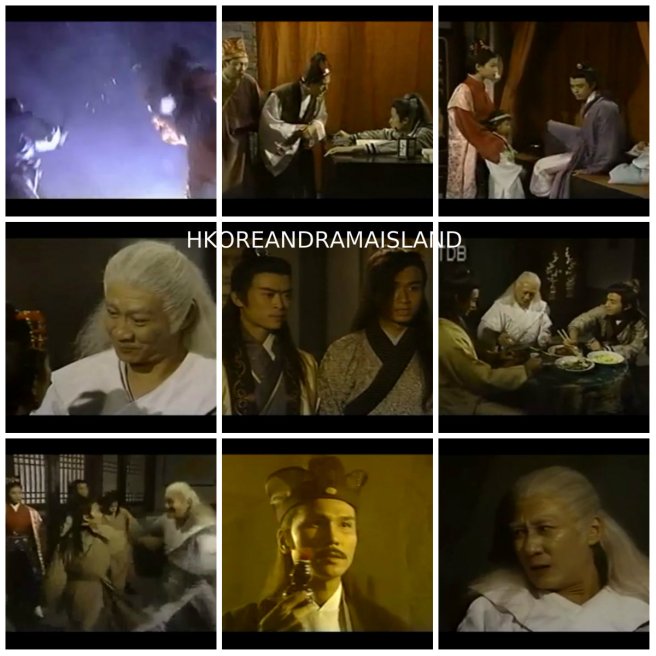 Lin Pen jumps down the cliff. Nuo Feng came and told Lin Pen she doesn’t have the guts to face his sect and mother. Lin Pen held Nuo Feng’s hands and said they will defeat Xiaohou Zhun together. Tian Long took her clothes in front of Lin Die while he takes a bath. Lin Pen practices martial arts and told Nuo Feng that the manuel has eighteen steps but the last four steps has the steps to defeat others. He learned the first fourteen steps but his master has never taught him the final four steps. Lin Pen told Nuo Feng the riddle for the last four steps. Nuo Feng told Lin Pen the answer to the riddle. Lin Pen and Lin Die practice martial arts. Lin Pen successfully achieved the martial arts. Lin Pen told Nuo Feng he can now revenge. Nuo Feng asked Lin Pen how can they return to their home since they are stuck on the island. 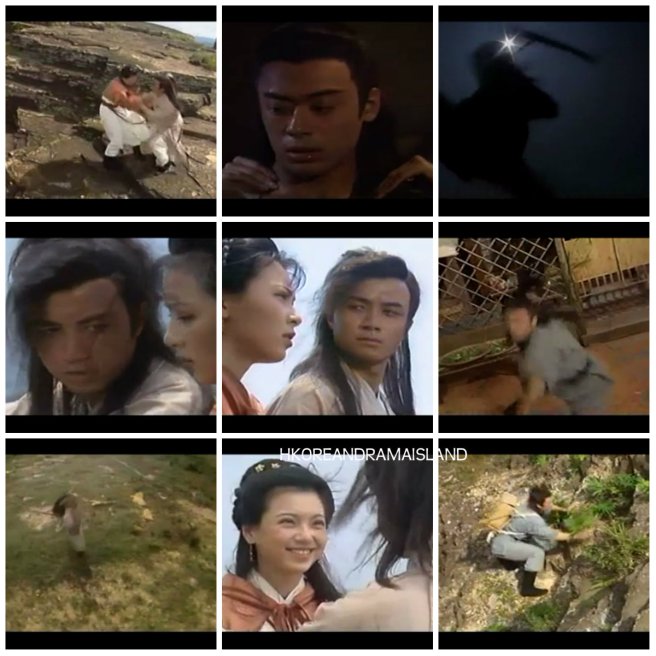 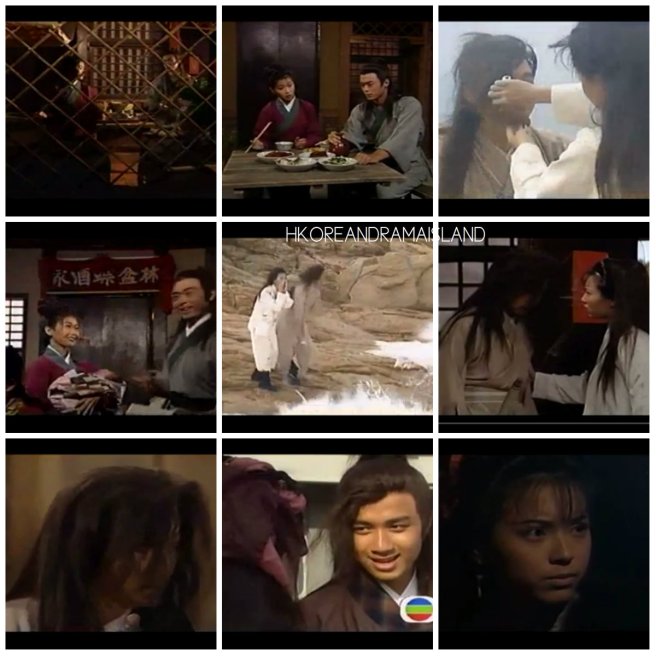 The elder servant demanded Lin Pen to pay his rent. Lin Pen pleads the servant to delay the rent for a few days. A  boy came out and said he is the owner of this shelter. The boy wants Lin Pen’s dagger but Lin Pen refused. Nuo Feng told Lin Pen to give the boy the dagger. The elder servant took the dagger. Nuo Feng practiced martial arts and twisted her leg. Nuo Feng blames herself for causing the people to leave. The girl played with the sword. Lin Pen took the sword and ran down the restaurant. 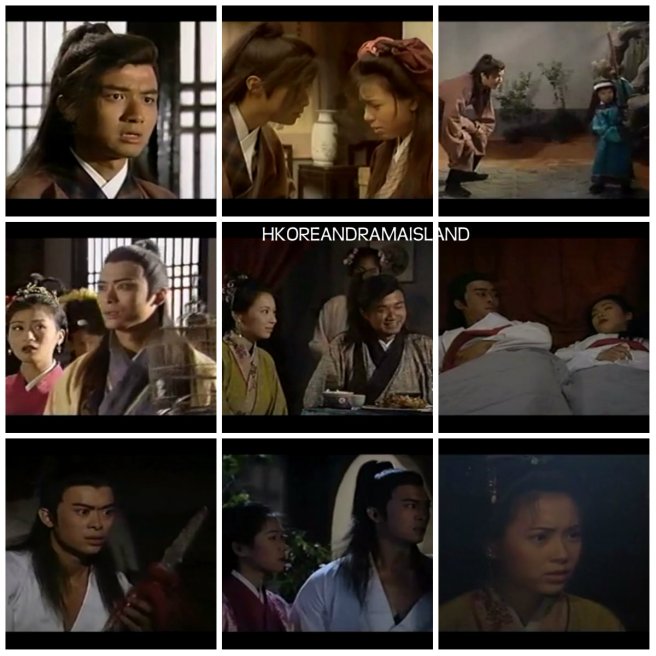 During the mayor speech, Lin Pen came and asked Lin Die about his hometown and said if he knows there’s one person who’s mother have died and he spent his time enjoying his fortune. Lin Pen asked Lin Die if he can tell how his mother has died. Lin Pen showed Mu Rong Bai and his mother’s tablets in front of Lin Die and asked him how does he have the motivation to be the mayor. The villagers threw food at Lin Pen. Lin Pen uses his power and drove the villagers away. Lin Pen asked Lin Die to give him three hundred thousand golds or arrest him. Lin Die gave Lin Pen a cheque of three hundred thousand golds. 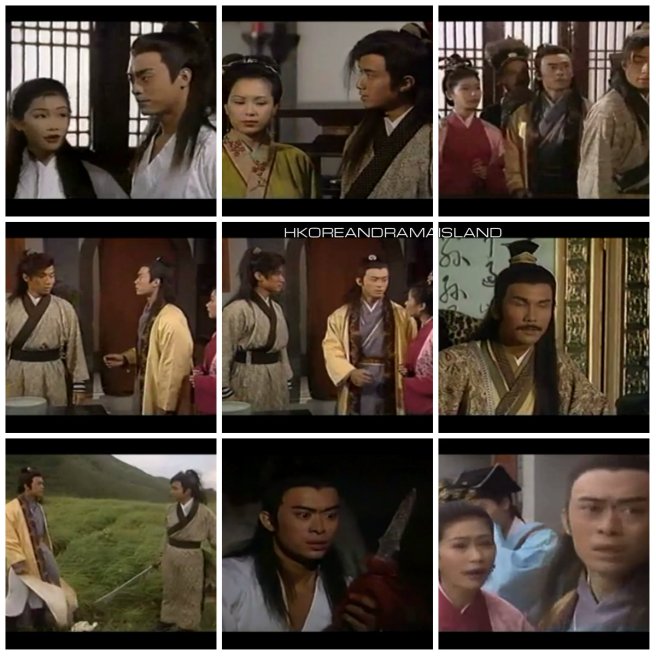 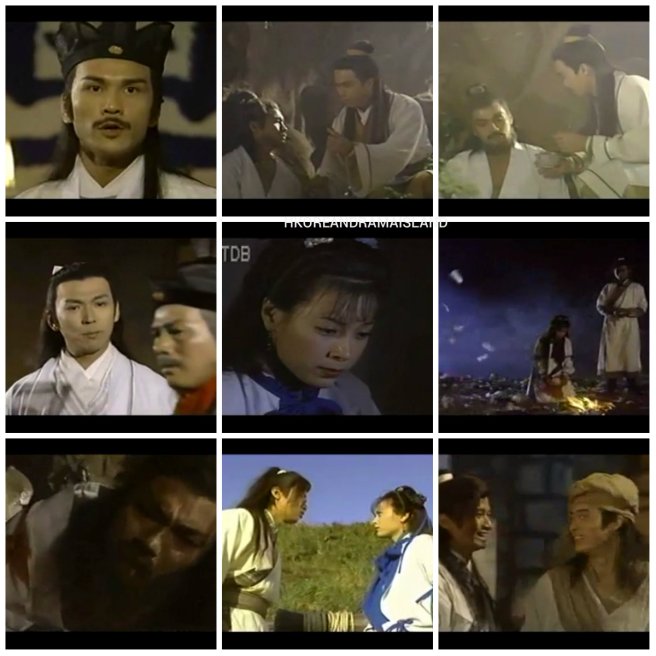 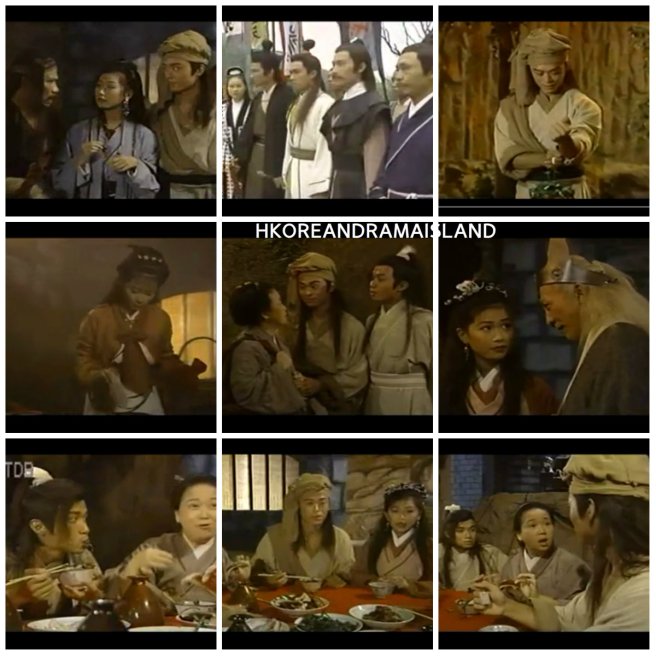 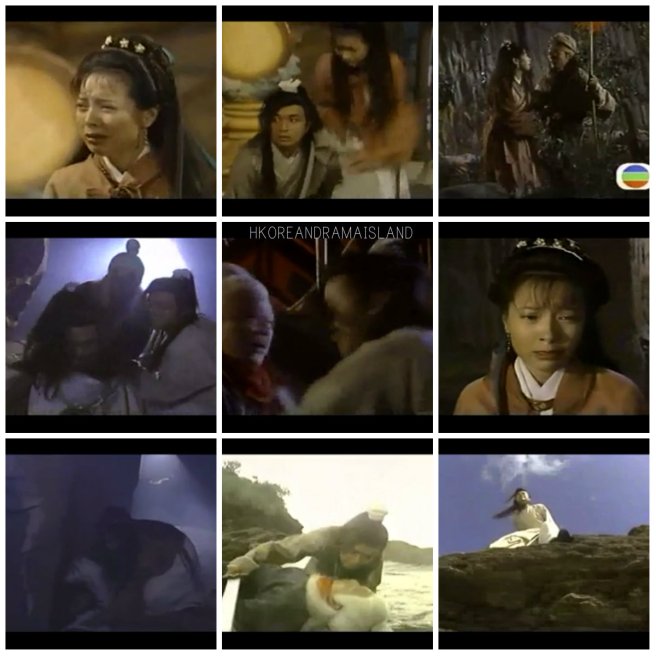 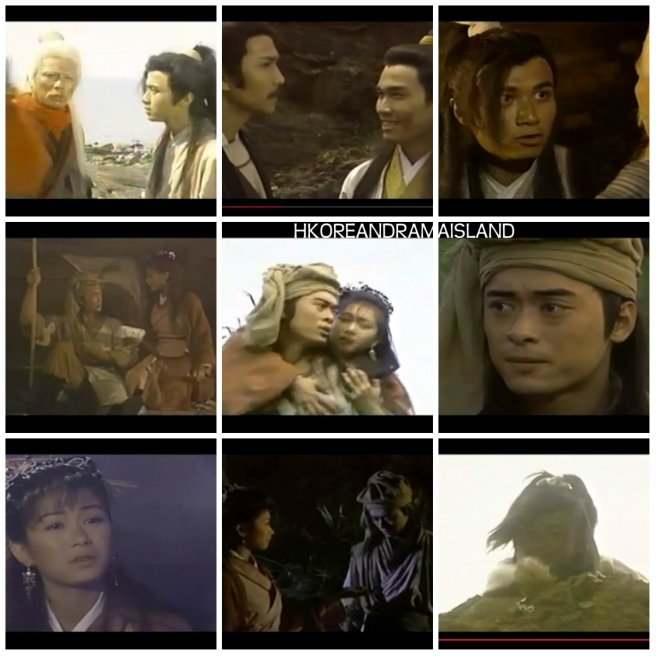 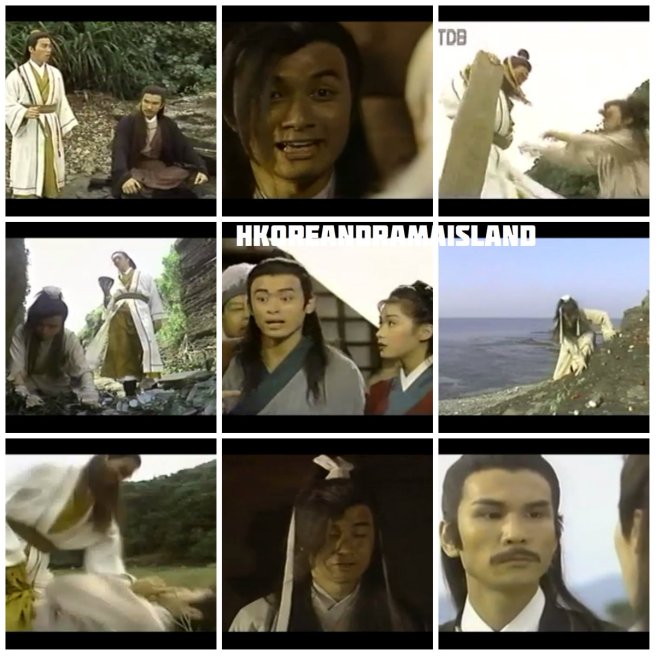 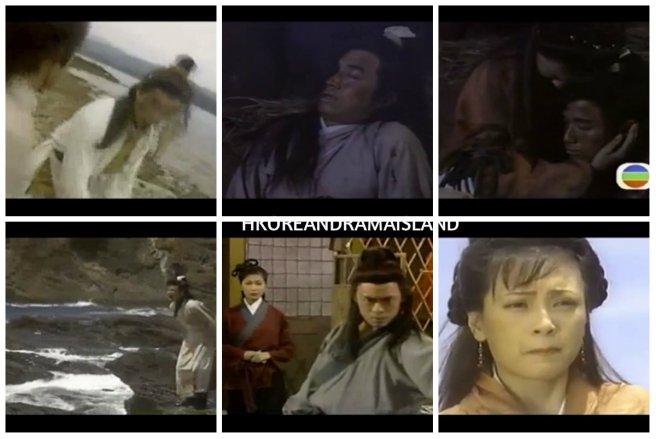 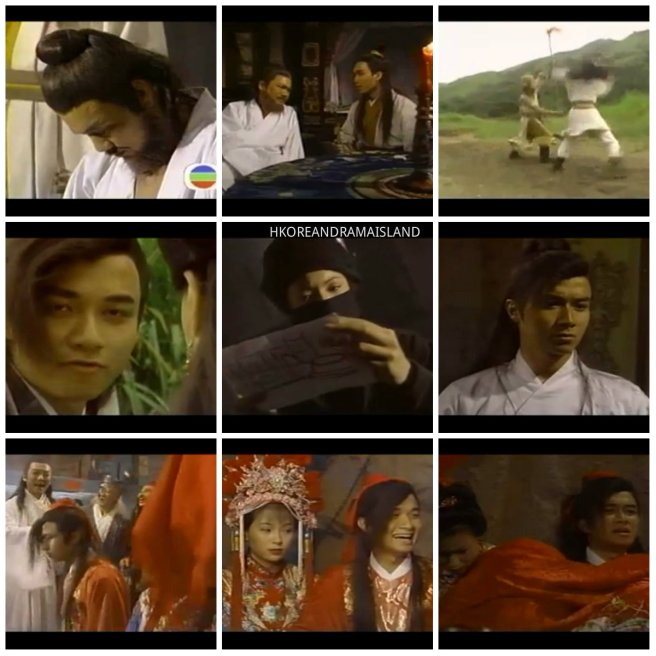 Tian Long told Lin Die she envies Lin Pen and Nuo Feng. Tian Long said there’s a cupid that tie up the feet of the couple. Lin Die said he doesn’t care if there’s a string but once the flower blooms, he will marry her. Xiaohou Zhun and his sect discuss their plan of destroying Tian Long’s sect. The servant saw Nuo Feng’s father moving and wanted to alert Xiaohou Zhun. Xiaohou Zhun’s disciple killed the servant and Nuo Feng’s father and burned the room.

The sect member asked Lin Pen how did Zhu Bajie die. Lin Pen decipher the poem and said die from being dumb. Nuo Feng asked Tian Long why doesn’t Mu Rong Bai get out of his cave. Tian Long said Mu Rong Bai doesn’t believe in Heaven so he never gets out. The sect members watches the flower grow. Lin Pen told Nuo Feng that he finds the members in Tian Long’s sect are nice. Nuo Feng persists to kill Mu Rong Bai. Lin Pen gave mooncakes and wines to Lin Die to bring it to Mu Rong Bai. 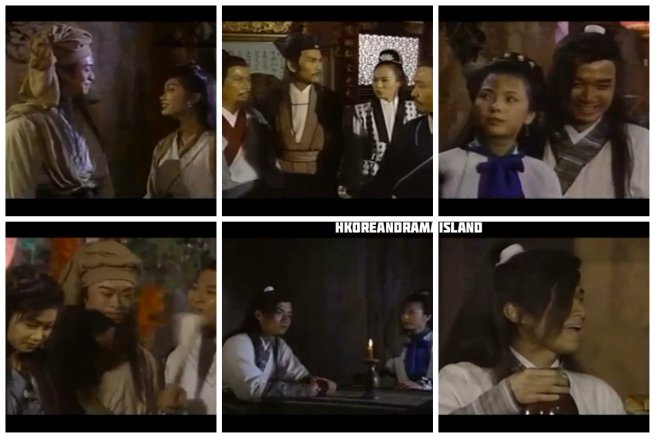 Lin Die told Tian Long he has helped her a lot and it is just a little thing for him to sacrifice his blood for her. Tian Long wants to sworn sister with Lin Die. Lin Die stared at Tian Long bowing and he yelled that he doesn’t want to be his brother; he has fallen for her. Lin Die bowed in front of Mu Rong Bai and begged him to save Lin Pen. Lin Die told Mu Rong Bai he will take the blame if anything happens. Tian Long told Mu Rong Bai that she has a feeling that the sect assassinating Lin Pen and Nuo Feng is true. Tian Long’s sect members begged Mu Rong Bai to save Lin Pen and Nuo Feng. Lin Pen went out for while to pick up medicine for Nuo Feng. 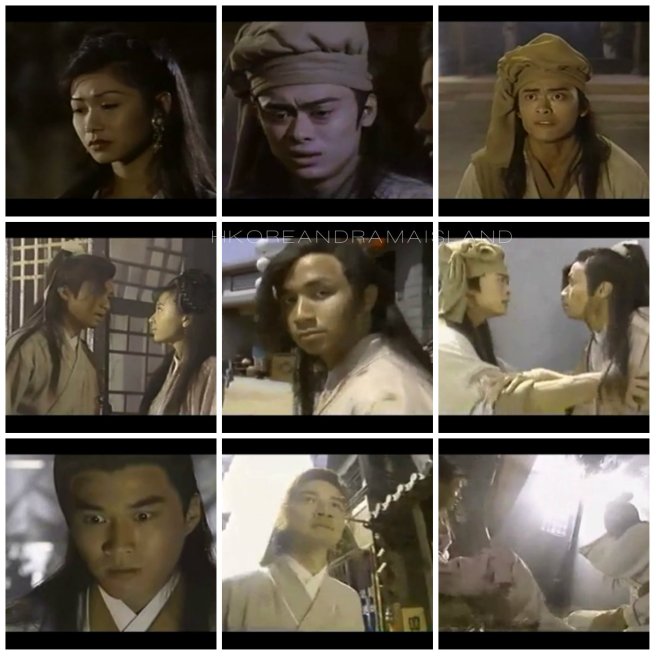 Tian Long told Nuo Feng they should forget their past feud. Tian Long told Nuo Feng she envies her and Lin Pen as couple. Lin Die apologized to Lin Pen for making him suffer so much outside. Mu Rong Bai dragged Lin Pen out and called him a mole. The eunuch tied up Nuo Feng and asked her if she came here to spy on them. Lin Pen told the sect members that Xiaohou Zhun’s disciple has killed their baby. 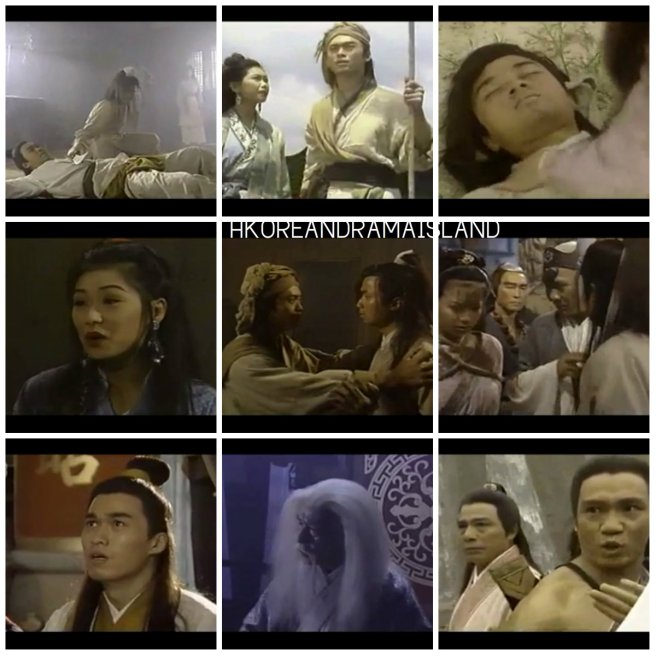 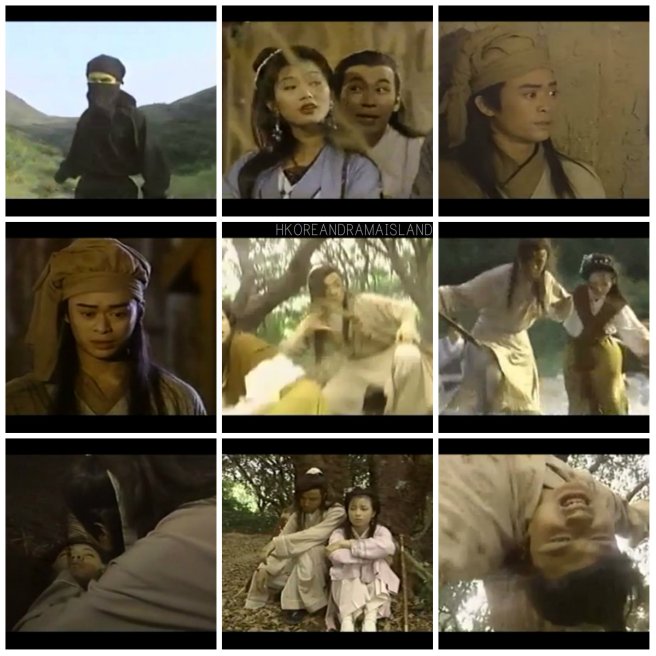 Lin Die practice martial arts with Mu Rong Bai. Mu Rong Bai criticize Lin Die of not focusing. Tian Long showed Lin Die the flower that has bloomed. Tian Long told Lin Die she knows he doesn’t care about it. Lin Die told Tian Long he misses his mother and Lin Pen. Tian Long asked Lin Die who’s he thinking of. Lin Die said he’s thinking of his fiance. Tian Long left. Lin Die apologized to Mu Rong Bai but hopes that the flower keeps on blossoming to heal Tian Long. Tian Long’s sect members told Mu Rong Bai that Lin Pen and Nuo Feng been chased by the their sect since Nuo Feng broke the rule and became pregnant. The sect members laughed that Nuo Feng’s sect has a mistress and plead Mu Rong Bai to save Nuo Feng and Lin Pen. Mu Rong Bai refuses to save Lin Pen since he didn’t keep his promise earlier of not exposing him to his sect. Tian Long told her sect to not tell Lin Die since he’s very honest. 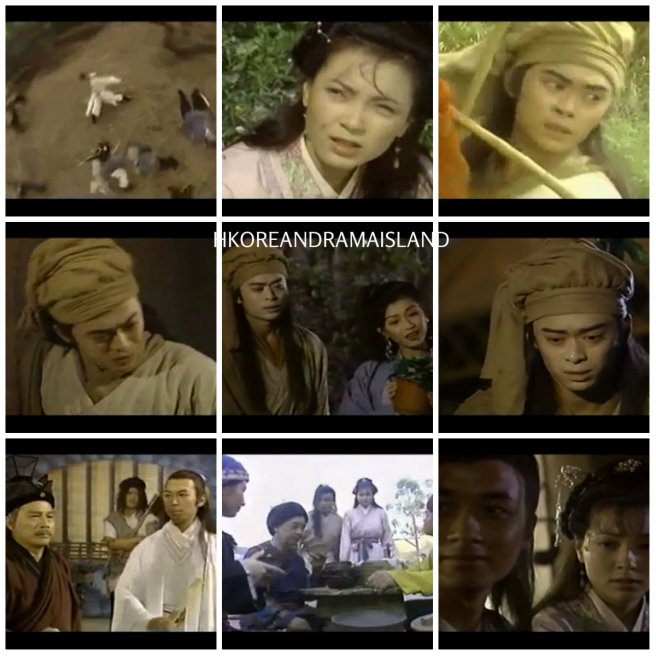 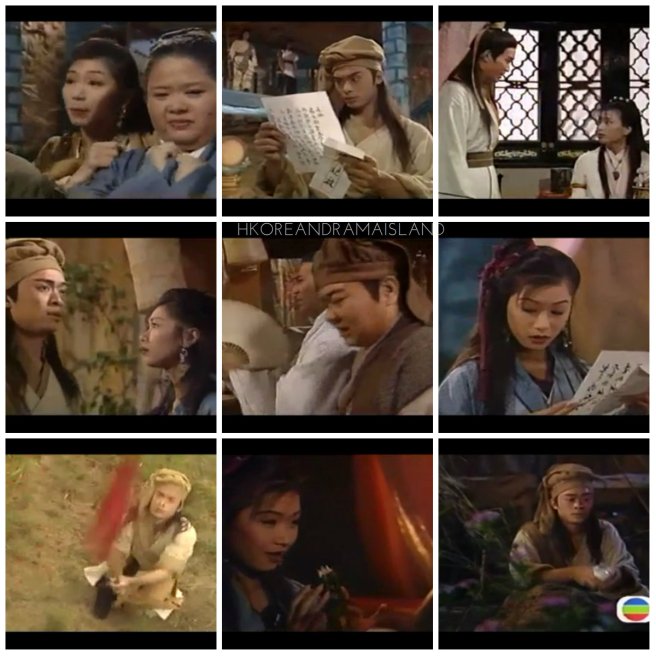 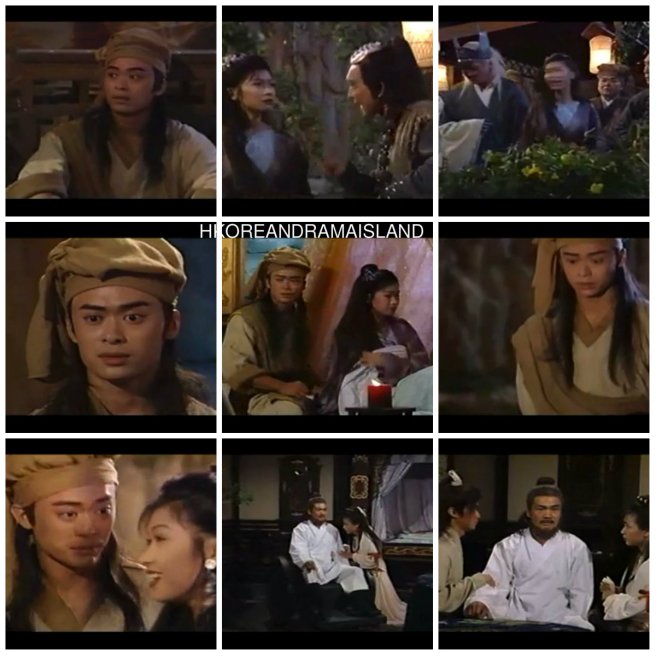